Syston Scout Group have enjoyed the hot summer and has ended it with some great fundraising!

On the August bank holiday, Leaders, Helpers and members of the Group attended the Stapleford Miniature Railway open weekend in aid of LOROS. The group camped and put on an active display for the public to try their hand at some scouting skills such as making survival bracelets, tying knots, orienteering and a display about one of the oldest Scout groups in the world (Syston). During the weekend the Group raised money for LOROS in many ways which included selling souvenir badges for the weekend and entertaining the public with the band playing on the train. It was a fun and active weekend and even the rain didn’t stop them! The group raised from its activities £184 for LOROS, with the grand total of the weekend being in to the thousands.

Moving on to the weekend after, there was no rest for the Group as they were out again at the Syston Carnival with their BBQ, Tea Room, prize every time tombola, Scalextric and Raffle. Also, Syston Scout and Guide band also performed in the arena their competition display.

This time the group raising money for the group to help with the up keep of its hall and to help provide an active programme for its 6 -25-year-old members. 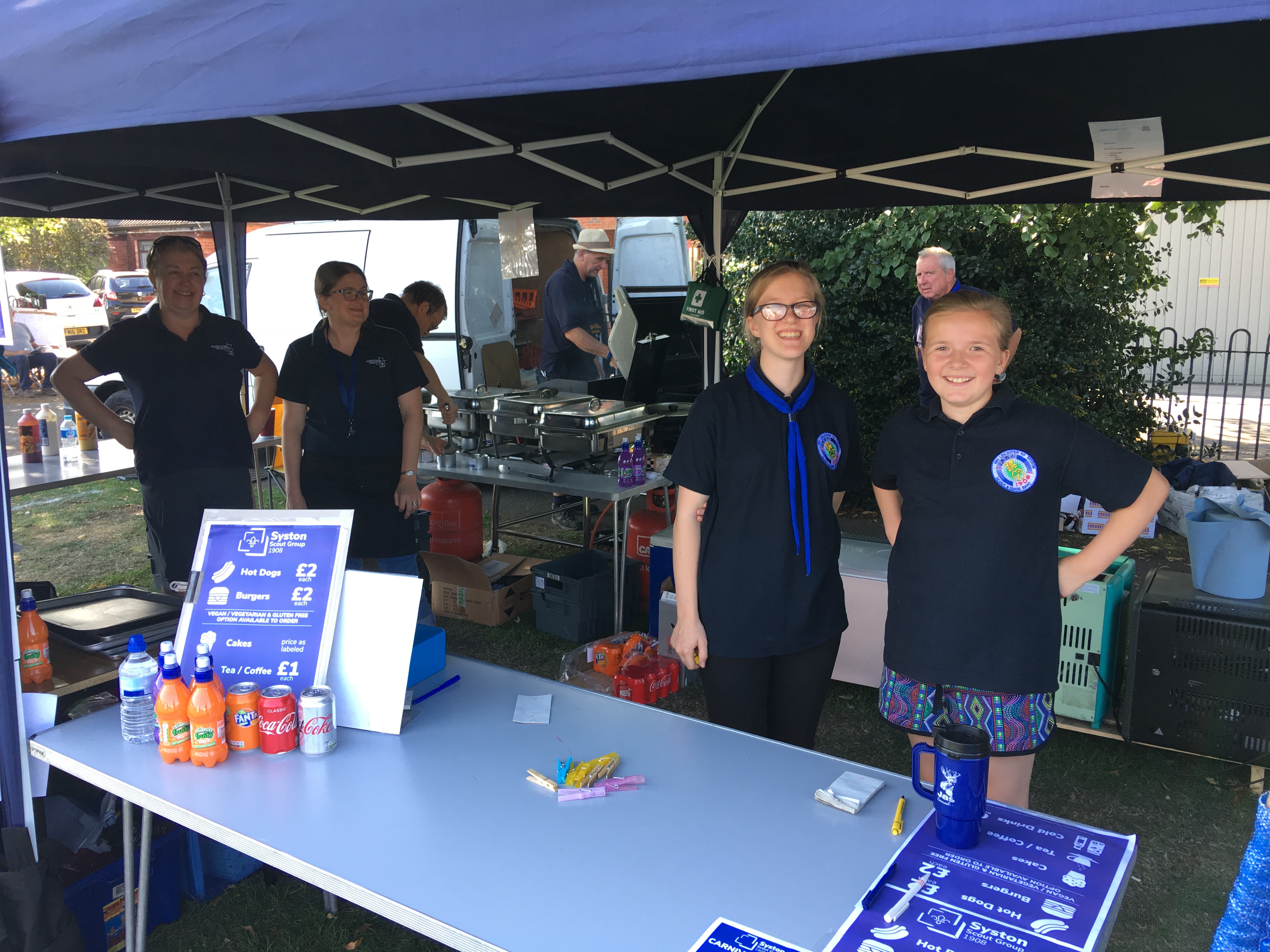