Saturday the 17th of February saw the 13th instalment of ‘Sticks & Tones’, a variety show produced and performed by members of the 10th Leicester 1st Syston Scout and Guide Band at the Wreake Valley Academy Theatre.

Based in the style of the all singing, all dancing Scout Gang-shows; Sticks & Tones has always been more sketch-based, replacing the traditional singing and dancing with sketches and comedy items from the great comedians of family entertainment past and present specially adapted to suit the younger performers. This year certainly did not disappoint…

As the curtain went up to reveal Syston’s very own Scout Band that we all know and love, we were thoroughly entertained by a variety of marches and popular tunes, bright and vibrant to get the foot tapping. The fanfare of bugles and the thunder of roaring drums creates a sound that really does stir the soul. This musical treat was followed by an evening of colour and laughter which really showed the ‘spirit of youth’ in the Syston scout and guide community. The stage became awash with enthusiastic bandsmen of all ages; acting, dancing, singing and presenting us with a show that left us all feeling exhilarated and full of pride at the achievements of these young individuals of Syston by the end of the night.

A special mention, I feel must go the ‘Drill Squad’. Like most of the acts in this show, this special feature showcased the young members, all under the age of 18, putting on a highly polished and very intricate marching display. This was their first performance of this immaculate display as they are working towards a very special performance at the Brentwood Drill Contest in Essex on the 4th of March where they will be up against other groups from all over the country. Good luck Syston!

As well as all the laughter there was a very touching tribute in remembrance for the centenary of the end of the Great War, where I found myself singing along to some very popular war tunes, it really was a roller-coaster of emotions from start to finish. As the evening of true family entertainment was coming to an end it was time for the finale, which saw all of the young performers on stage resuming their original roles as musicians, showcasing their pure talents and playing as part of a marching band once again. A true heartfelt tribute to the retiring bandmaster (John Smith) after his 30 years of service in charge of the band was a very fitting way to end the show and the curtain came down to rapturous applause. Well done to all involved in the production of this superb amateur show. Please look out for future episodes of Sticks & Tones and book tickets as soon a possible for an evening of great family entertainment. 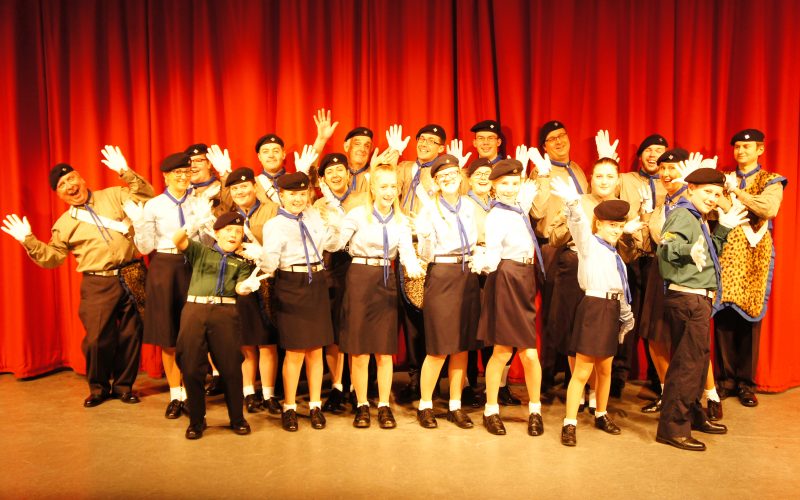